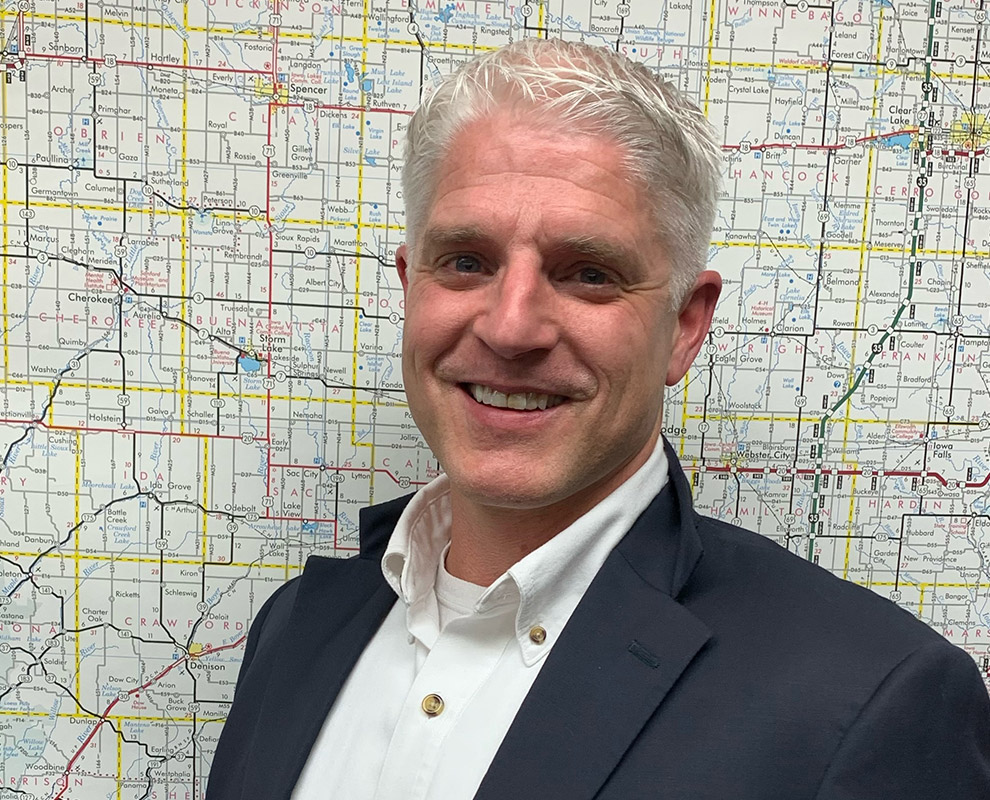 The City of Orange City and the Orange City Development Corporation (OCDC) are excited to introduce Ryan McEwen as the new Community Development Director for Orange City. Ryan and his wife Amy have lived a little longer than two years with their family in Orange City, and had previously lived in Orange City in the late 1990’s and early 2000’s when Amy completed her education at Northwestern and Ryan worked as a construction foreman for Bouma and Company. Ryan is a graduate of the University of Nebraska at Lincoln where he competed in gymnastics.

More recently Ryan and Amy lived and worked in Lincoln, NE, with a brief time in Houston, TX. In Lincoln, Ryan worked with his family construction business, and in sales for Voss Electric. Ryan currently serves as the Director of Facilities for Northwestern College and Amy manages the Scooters Coffee shop, which they own together.

Ryan begins his duties with the City on January 30 and will become a part of the employee leadership team while also working closely with OCDC and the Orange City Chamber of Commerce. As Community Development Director, Ryan will immediately become involved with current City and OCDC projects, with primary focus on housing, retail, commercial, and industrial development. In 2021 the City completed a Community Development Plan and much of Ryan’s time will be spent assisting City staff, the City Council, and OCDC to execute the plan that has been developed and endorsed by both the City and OCDC.

City Administrator Earl Woudstra commented on Ryan’s appointment. “We are thrilled to have Ryan join the leadership team and look forward to his contribution to the continued growth and development of Orange City. He will bring fresh eyes and ideas on how we can continue to work together to help our citizens thrive.” Ryan shared, “this position is very much recruiter, salesperson, construction management, a little bit of everything I’ve done my whole life. I am looking forward to getting started.”

Winter Fun for All