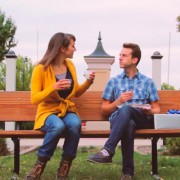 “A LAND BEYOND EXPECTATIONS”

Northwest Iowa….A Land Beyond Expectations! We’re proud of our region and all the wonderful communities in Northwest Iowa. Northwest Iowa Development (NWID), the regional economic development partnership devoted to marketing the region has created the “A Land Beyond Expectations” video that captures our regional pride in a lively and entertaining way. The video was produced for NWID by an outstanding young Iowa-based video production firm….Iowa Filmmakers.

Iowa Filmmakers was founded in 2011 by Paul D. Benedict, Scott Siepker, and Brendan Dunphy as a creative troupe specializing in digital film and video. They exist to bring the world great film from a state not usually associated with filmmaking. Their work is varied in style and format, but the emphasis is always on telling a good story.

In 2012, their viral-hit video Iowa Nice received over one million views and was featured by CNN, MSNBC, NPR and the BBC. An NBC commentator called it “the funniest political ad to come out of Iowa.” The short film was later selected as an official honoree by the Webby Awards, the highest awards ceremony for digital media. The Iowa Nice character later went on to have his own segment on ESPN’S College Football Daily, which aired twice weekly for a national audience.

Special thanks to ICAN Advertising for airing a :30 second version of this video on cable networks throughout Iowa.

LifeServe Blood Center is in CRITICAL NEED and looking for blood donors to make...
Scroll to top
Change Location
Find awesome listings near you!