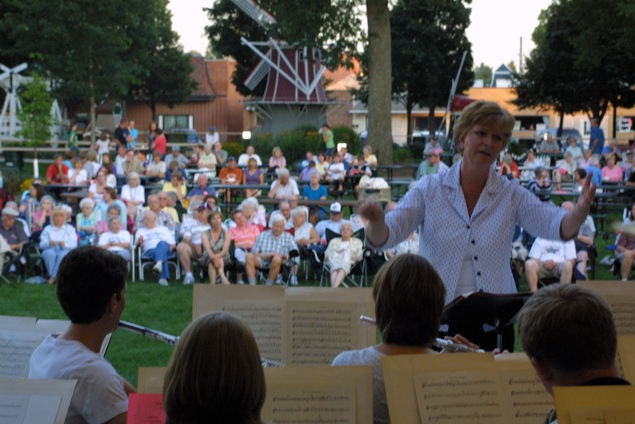 ORANGE CITY – The Orange City Area Community Band will take the stage for its final 2014 concert on Wed. July 30 in Orange City’s Windmill Park. Dan Mangold will be guest director.

The concert will feature a variety of music, including España Cañi, a Spanish pasodoble march often used as background music in bullfights in Spain, and occasionally in baseball matches in the States; and Ammerland by Dutch composer Jacob de Haan, named for a beautiful lake region in Germany.

The community band will play a famous Pirates of the Caribbean piece: Symphonic Suite from The Curse of the Black Pearl.

Other pieces will be Trombone King, a march by Karl King; the hymn arrangement of Beautiful Savior by James Swearingen; and a piece written in the classic American folk style: Cumberland Cross by Carl Strommen.

Early Out Friday Fun Board Games